Showing posts from April, 2014
Show all

- April 30, 2014
Let's see if I can actually cover all four areas in one fifteen minute freewrite. I have not done a freewrite in so long, and I miss the process. Thank you, Julie Bogart, for introducing me to this. My kids never particularly liked it in homeschooling, but I love it.

Timer is poised at 15 minutes. So, like the "State of the Union" address, I will report on the state of the "Well" (see title of my blog to understand that one).


When they came to the place called The Skull, there they crucified Him and the criminals, one on the right and the other on the left.
But Jesus was saying, “Father, forgive them; for they do not know what they are doing.”
And they cast lots, dividing up His garments among themselves.And the people stood by, looking on. And even the rulers were sneering at Him, saying, “He saved others; let Him save Himself if this is the Christ of God, His Chosen One.”
The soldiers also mocked Him, coming up to Him, offering Him sour wine,and saying, “If You are the King of the Jews, save Yourself!”
Now there was also an inscription above Him, “THIS IS THE KING OF THE JEWS.”
One of the criminals who were hanged there was hurling abuse at Him, saying, “Are You not the Christ? Save Yourself and us!”
But the other answered, and rebuking him said, “Do you not even fear God, since you are under the same sentence of condemnation?And we indeed are suffering justly, for we are receiving what we deserve for…
Post a Comment
Read more

And He also told this parable to some people who trusted in themselves that they were righteous, and viewed others with contempt:“Two men went up into the temple to pray, one a Pharisee and the other a tax collector.The Pharisee stood and was praying this to himself: ‘God, I thank You that I am not like other people: swindlers, unjust, adulterers, or even like this tax collector.I fast twice a week; I pay tithes of all that I get.’

But the tax collector,standing some distance away, was even unwilling to lift up his eyes to heaven, but was beating his breast, saying, ‘God, be merciful to me, the sinner!’

Jesus told a story to those who were complacently pleased with themselves over their moral performance and assumed they were in right standing before God because of it and looked down at the common people: &q…
Post a Comment
Read more

In place of my own paraphrase, I typed out J.O. Terry's words from a book about oral storytelling called God and Woman.

(On the copyright page, full permission is given for the story lessons to be "reproduced, photocopied, translated into other languages, or adapted in part or the whole, for the glory of God and to the benefit of women living in oral cultures. . .")


"How God Saved One Family"
One of Seth's descendants was a man named Noah which means comfort because his parents said "he will comfort us in the labor and painful toil of our hands because the earth was cursed by the Lord." At that time there were many men and women living on the earth. They were doing things not pleasing to God. God saw their wickedness and that their hearts were filled with evil thoughts. Because of their great wickedness, God was going to …
Post a Comment
Read more

MY WORDS - "A Rift in Relationship"

Now the snake was more subtle and deceitful than any beast of the field which the LORD God had made. He said to the woman, "God has told you, 'You cannot eat from any of the trees of the garden'?"

And the woman corrected him and said to the snake, "Oh no, we can eat from every tree except the one in the middle of the garden. We cannot eat or touch it. If we do, we will die."

And the snake said, "You are not going to die! God knows that when you eat from the tree of the knowledge of good and evil, your eyes will be opened, and you will be like God, knowing good and evil."

When the woman saw the tree was tasty to eat and delighted her eyes and would make her wise -- she took the snake's bait and ate the fruit of the tree. Then she gave it to her husband, and he ate.

- April 17, 2014
It is not Friday Freewrite days, but I do not care. I slept in until after 8 am today because I stayed up really late last night working on things I really enjoy. So, I am up this morning with a smile on my face and a song in my heart, and I want to tell the world about it.

I had a good day yesterday. Full but good. Got up and had Genesis 3 time (not the cheeriest chapter but has hope in 3:15), listening time, off to Dr. Myers, took his prescription to Hangar's for a new heel lift (only 12.50!), library, and then Nancy called me to go for a walk. So we walked up the hill behind her house (in a stroll as per doctor's orders). Came back and met with Sue about the new Kingdom Community starting at the end of June. (Call us crazy, but I think God wants us to do it. So, here we go again! :)

Then I corresponded regarding going to the financial class with a friend that I am helping but felt God saying that another woman needed to take over in the helping department, and I was free.

For STORYTELLING, I insert the details about the creation of Man and Woman in Genesis 2 after God created the animals on the sixth day in Chapter 1.  Then I go back and talk about the 7th day of Genesis 2:1-3.

We already learned last time that on the sixth day, God created living creatures. He also did something very special on the sixth day, He said, "Let us make man in our image to rule over all the animals and creatures of the earth."

So God formed man from the dust of the earth and breathed life into man through his nostrils, and he became a living being. He put man to care for the beautiful garden of Eden. In that garden, there were trees of every kind that were beautiful and good for food. In the middle, he planted two special trees - the tree of life (Genesis 3:22-23 indicates that if you eat of it, you live forever, but it is not stated in Genesis 2 so I leave this out in sto…
Post a Comment
Read more

14. The Practice of the Presence of God by Brother Lawrence 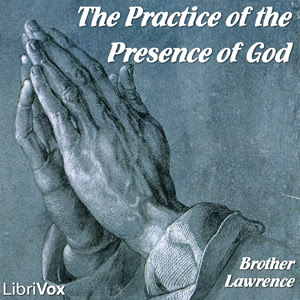 I read it in January, and I read it again yesterday. It is a short book, but it is profound. I needed to refocus yesterday, and this was just what God had in mind.

I laughed when I saw this "EnneaThought" for today! This is for the Type Two: Helper personality type! This is so me! Such a good reminder to "Let it Go." (Who knew a song from Frozen would be so good for me to sing to myself?) I am a people-pleaser. This is my drug of choice, but I am healthier now. I listen to God rather than my addiction. God tells me who to help and who to let go of. My heart breaks when I see people walk into walls or when I see people who are not flying to their fullest potential and functioning in their "sweet spot"! (So funny that Lisa told me I am functioning in that sweet spot when I spoke at NWH on Sunday.)