Showing posts from July, 2012
Show all

52 in 52 Week 31: Babylonian Captivity of the Church/The Small Catechism by Martin Luther 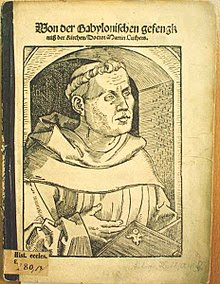 These two are on my Invitation to the Classics Book List. I am combining them today. The "Small Catechism" (1529) is really short (13 pages).  "The Babylonian Captivity of the Church" (1520) is much longer.

Luther said, "unless I am convicted by Scripture and plain reason -- I do not accept the authority of popes and councils. . . . My conscience is captive to the Word of God."

With this he wrote the "Captivity":
"laid down a fearsome gauntlet. Its these was that the Catholic Church used it seven sacraments to enslave the conscience of Christians. There were, Luther argued, only three true sacraments, that is, rites to which Christ himself had attached promises with a visible sign: baptism, the Lord's Supper, and confession." Protestants later reduced the number even further to include only baptism and the Lord's Supper" (Invitation to the Classics, p. 123). The writing is very bold and gutsy, and I am sure he made some peo…
Post a Comment
Read more

This has been on my Kindle since June 2010 because, while reading Desiring God by John Piper for our Jesus Community, I wanted that famous quote from "The Weight of Glory": "If there lurks in most modern minds the notion that to desire our own good and earnestly to hope for the enjoyment of it is a bad thing, I submit that this notion has crept in from Kant and the Stoics and is no part of the Christian faith. Indeed, if we consider the unblushing promises of reward and the staggering nature of the rewards promised in the gospels, it would seem that our Lord finds our desires not too strong, but too weak. We are half-hearted creatures, fooling about with drink and sex and ambition when infinite joy is offered us, like an ignorant child who wants to go on making mud pies in a slum because he cannot imagine what is meant by the offer of a holiday at the sea. We are far too easily pleased" (The Weight of Glory by C.S. Lewis, p. 1-2).When I read this quote John Piper…
2 comments
Read more

Scott was George's major professor for his Ph.D. in Statistics, and he loved George best of all of his graduate students, and everyone knows it. (Who wouldn't love my husband?) George knows the whole family, and he has written such a lovely thing to share at the service.


I wanted to go, but I am not feeling well, and I needed some downtime after a very big week. But George says my idea of being sick is working just a little less hard than I usually do which is true. One of the Bible Book Club members wrote me wondering why the posts were disappearing. WOOPS! I meant to only work through the end of our vacation in August, but I ended up working through to the beginning of November! I rewrote old posts and rescheduled them for future dates for…
Post a Comment
Read more 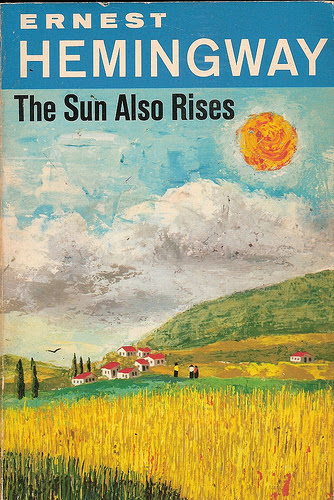 "The Sun Also Rises portrays the lives of the members of the so-called Lost Generation, the group of men and women whose early adulthood was consumed by World War I. This horrific conflict, referred to as the Great War, set new standards for death and -immorality in war. It shattered many people’s beliefs in traditional values of love, faith, and manhood. Without these long-held notions to rely on, members of the generation that fought and worked in the war suffered great moral and psychological aimlessness. The futile search for meaning in the wake of the Great War shapes The Sun Also Rises. Although the characters rarely mention the war directly, its effects haunt everything they do and say."
http://www.sparknotes.com/lit/sun/context.html

This story is pretty pointless, but I guess that is the point: the lost generation was truly lost, and these characters just wander aimlessly through Paris until they make it to Spain for fishing, bull-fighting, and infighting while drunk …
3 comments
Read more


I have dropped off on my "World Walk" prayer in the last week. About a week ago, I did a very hard elliptical interval training, and I think I overdid it. I must just go back to my easy walking again! It is so much better for my body. It doesn't help to do a hard work out and then be incapacitated for the rest of the week!


All that said, I have spent more time in the Word than World Walking which isn't such a bad thing, but I like BALANCE!


I don't know how it happened but I got all the way through Ezekiel this last weekend. Yesterday (Sunday), I was particularly focused, and it was so enjoyable! I like Ezekiel. I was most intimidated by it when I first started the BBC, but I am no longer intimidated.


The meditation on the glory of God filling the temple at the end is thrilling! Come Lord Jesus! 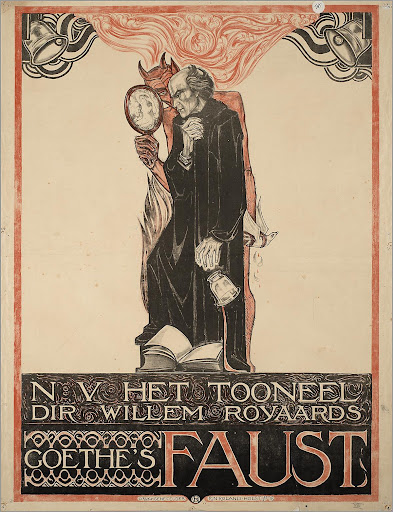 I read Steppenwolf a couple of months ago, and Hesse kept on talking about "GER-TA." Since I was listening to it on audiobook, I didn't realize until I looked at the actual text that he was talking about Goethe! This inspired me to read the play.

I had seen this volume in my father-in-law's Franklin Library collection (the fancy and expensive books with the gilt edges) about 22 years ago and had no idea who "GER-TA" was and  what Faust was about. I just thought it was a pretty book.

Now I know. It is  a tragic poem/play  that is a take-off of Dr. Faustus by Marlowe, a play from medieval times.
It is about a German scholar who sells his soul to the Devil in exchange for knowledge and power. The first sounds much like the Book of Job, where Satan tells God that he can make one of His faithful servants fall, and God allows Satan to do it.
It is considered the finest piece of German literature and the two parts took Goethe over 60 years to complete. Part One wa…
Post a Comment
Read more

Meme for the Classic Girl 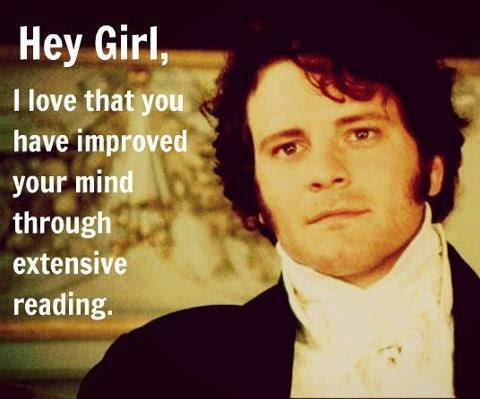 - July 02, 2012
I thought it would be good to update from the homefront being that it has been over a week. There will be typos in this everyone. Don't be alarmed. Freewrites are meant to allow you to write freely without a concern about grammar, spelling, or typos. Those things can impede the writing process. I did this with my sons so that they would not see writing as a negative thing. They wrote freely. Eventually, they learned to proofread and correct, but freewrites were meant to just teach them how to get their thoughts down on paper, which is really what writing is all about!

They do really well now in college having used this method. :)


I continue to LOVE my "World Walking"!  I think I am putting in about 30-40 miles a week. That means many different unreached people groups are being prayed for. George and I have done it several times together after dinner, and I really like having a husband who loves to pray with me! Kathleen has done it with me too. If anyone…
Post a Comment
Read more

52 in 52 Week 27: The Ascent of George Washington by John Ferling 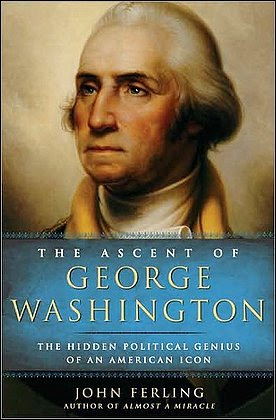 Just in time for Independence Day!

This is about the myth versus the man. Excellent. I like this review of the book by The Washington Post.

This book is long. It was 438 pages in print, and it was over 17 hours of audiobook listening, but it is so well researched and written that I heartily recommend it. The narrator was also great on the audiobook. I listened to it leading up to our time on the East Coast visiting Valley Forge and Mount Vernon. I always try to read a book about American history around 4th of July. I have read biographies on Ben Franklin, John Adams, and 1776. It was Washington's turn, having been a character in all three of those books.

Well worth the investment of time. I read a review on library thing that said "One of the rare accounts in which a political idol is not diminished by the revelation of his human imperfections. If anything, his ability comes out enhanced. Singul…
Post a Comment
Read more
More posts