Reading Goals for the Next Four Months

I'm trying to meld my TWEM goals and my kids' American Literature Class. It is looking great!

November
2 Kings
Autobiography of Benjamin Franklin (with kids for Am. Lit.)
Democracy in America by Toqueville

December
Ezra, Nehemiah, and Esther
A Christmas Carol by Dickens (as family)
The New England Mind by Miller

I am pretty excited about this school year of history. So, I am going to write about what I am doing. I'll do the other subjects on the other days. Someday. LOL!

We are starting off by using this:

A Biography of America

This is a 26 lecture film series put out by the Annenberg Media. Each lecture lasts 30 minutes, and it is FREE Video on Demand. It gives a good visual for what we are studying.

Here is the web address for this:

We are also listening to Joy Hakim's delightful series A History of US. It is geared toward a younger audience, but we really like the interesting stories, and she isn't TOO politically correct for our sensibilities. She seems pretty fair and balanced compared to some other texts. We are just finishing up The Making of Thirteen Colonies.

We are supplementing this with two high school texts that are used in AP US History classes:

This is all being reinforced by our American Literature course that we are taking through:

http://www.thelmaslibrary.com/
She has a 400+ page syllabus where the kids are reading orginal documents like the "Arabella Covenant" and the "Mayflower Compact." It is great reinforcement.
This is all done with the goal of preparing for this:

There is a great 150 page general overview of American History that we are using to review what we have learned in our studies of the above texts and American Literature.

Then, there are three computer-generated test to prepare the kids for taking the test at Linn-Benton Community College some time this year.

As we go, we are using the AP United States History Flash Cards.


We also use this website to help in our being ready to take the CLEP:
http://clepprep.tripod.com/ushistoryiclepexam/id1.html
If we get ambitious, I might also have the kids take the CLEP American Literature exam, but I haven't checked into that yet.

We are continuing with our Timeline Figures from Home School In the Woods too. GREAT thing. In addition, I am using the timelines in The History of US and having the kids paste the wording in the timeline book. 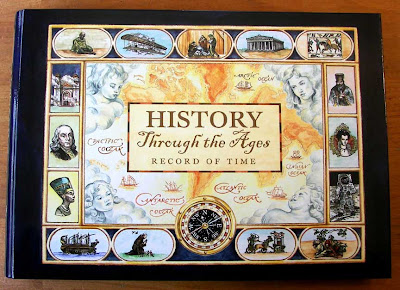 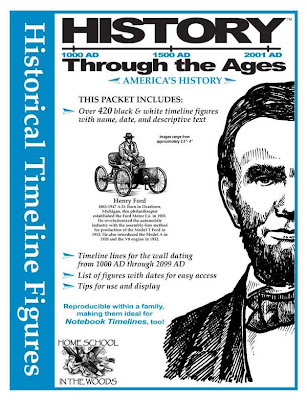 Email ThisBlogThis!Share to TwitterShare to FacebookShare to Pinterest
Labels: The Well-Educated Mind

. . . the starting point for a new state or experience; "on the threshold of manhood"

When I wrote this definition over a month ago about our trip to Southeast Asia, I never thought it would be applicable for our trip home, but it is!

I didn't think about until today, but we are on the starting point of a new state or experience with this job situation. It is not a struggle, but there is much more energy being put into the realm of possibilities that abound for us.

I hit a wall on Monday, and I knew I was edging toward it when I went to the first co-op meeting of the year with a NEW co-op. I really wished that I had stayed home from the meeting. I needed some quiet time to reflect, and I haven't had much of that lately. When we came home from Southeast Asia, we had to do a TON of follow up that took hours and hours (still have one more piece to accomplish). We also needed to get things going with school and outside activities. I was still trying to get into a groove and also into a good sleep pattern.

I also made the MISTAKE of staying up late to watch the closing days of the Olympics. Then, I was watching both the Democratic and Republican Conventions. So, by this week, I was pretty fried.

Should have stayed home. I cried through most of the meeting, and I felt like a fool. I know that they may think it is because George lost his job. People just assume things. They assume we are going to move. They assume we are probably worried and anxious and stressed about it, but we are not. We planned for a rainy day. We never thought this HP gig was forever. In fact, this is the longest George has ever had a job at any one place! We weren't HP lifers. We weren't cozy in the job. We aren't even cozy in Corvallis, but we need to stay here because of the dental issues with our kids. So, we aren't planning on moving.

I will say that we ARE processing the options, and this is taking time and emotional energy. The job has been on "auto-pilot" for years. Now that we are landing the "HP plane" and thinking about our future flight plan, there is MUCH more "pilot to copilot" communication. We are more on our toes, and THAT is exhausting me.

More recently, I stayed up late and poured my heart out and then listened to God. It was so good. I guess He was speaking to me about being open to self-employment. When I told George about this the next morning, he said he had been praying about this for a week and was "easing me" in to the idea. Interesting.

I have always thought we are not self-employment type of people, but George has had a self-employment component since he left HP. So, there is a possibility that he could draw from all his contacts and do contracts with all of them.

A Bend in the Road 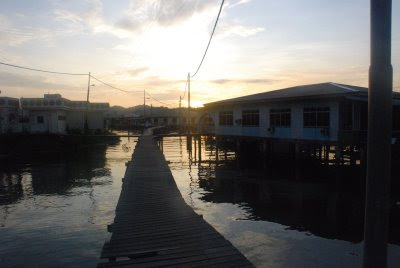 I told George today that I am excited about our future with his being let go at HP.
I love bends in the road!
- September 04, 2008 No comments: