Journey Through Job and Life

I went from an overview of Romans this morning with Kim and Rachel (a dream to study this book with them that is finally being realized, YAHOO!) to my journey through Job.

Since both kids are at their college classes, I broke into song at the top of my lungs:

Oh I must break out Handel's Messiah and put it on my iPod!

I sang something like this in high school - I was in Job's Daughters. Some evangelicals would tell me that this wasn't a good thing, but they don't know what we learned there. They look from the outside and condemn it all as bad, but I only learned good from it, and it was so much praise and worship and Scripture!

They were lessons from the book of Job, and for a high schooler, they were excellent lessons that would develop my theology of suffering later on in life. I took the memorization very seriously, and they were great Scriptures and beautiful hymns like this (At the end of every meeting we aligned in the shape of the cross and sang "Nearer my God to Thee." It was always so wonderful.)  I didn't know then what it was to suffer, but life has brought its share of sufferings and this was my beginnings. I am grateful.

I am praising God that my Redeemer liveth as proven in my study of Romans and Job today!

Life is such a great adventure with God!

I am studying Ecclesiastes 11-12 this morning, and I am so grateful for my mentors who taught me to enjoy life by enjoying and remembering God!  This is Thanksgiving week, and there is such joy and freedom in remembering my "Creator in the days of my youth." It is a privilege to counsel with 20 somethings who are still finding their way. I want them to enjoy these days of their youth.

My heart broke talking to a girl last night who is struggling and lonely. I do not want to go back to my 20's, and I know Ellen Slifer was so right about that when I had my nervous breakdown at 23.  She said she would never want to relive her 20's. She was the only touch of kindness that I felt in those dark days at Loyd Chiropractic (with the maniacal boss who posed as a believer and follower of Jesus). She touched me and rubbed my shoulders. It was balm to me.

I looked her up on the internet and found she passed away in 2004. I tried to contact her husband to say thank you but the phone was disconnected. I thanked God for her today.

Here is her obituary:

Ecclesiastes really makes me wax philosophic. Life is beautiful. God does make all things beautiful in His lovely time. I look at the events of my life, and I see that God is sovereign in everything that has come my way. You can get bitter or better.  I saw examples of bitter recently, and I don't want that for my life. He can make even the bad beautiful. One prime example is Louis Zamperini in the Unbroken story. He could have been so bitter from his POW experience, but he chose to forgive.  So beautiful.

Forgiveness is so powerful.

I haven't had a freewrite here for a while. So I am setting the timer (or watching the clock) for ten minutes and typing away. I don't have anything significant to write this morning, but Friday Freewrite sounds like a cool thing.

I have been back from Las Olas for nine days now. I think I am finally back to normal. My back is totally free from pain (for two days now), and my bruises are fading. There were many things I liked about the experience, but in many ways, it was very lonely for me. People kind of broke up in to couples from our group, and my other half was sweet but struggling and withdrew quite a bit. When we did talk, it was more counseling mode for me, but I loved her for her vulnerability and beauty.

So, I was pretty alone, especially from the third day on (we were cohesive until the second night and then everything changed). My third day was difficult. While I received original compassion, I felt it turned into ridicule when I came into my own on the fourth day and wanted to continue surfing. Then, my "I don't like this" comment from the third day came back to haunt me with ribbing comments.

While I felt invisible at times (people not even asking if I was walking into town and leaving without me, not asking me to enter into the traditional pool nightly activity and not even noticing I wasn't there), I didn't seem to care and just looked at it from a cooler, analytic perspective. Such growth for me. Invisibility used to really hurt my feelings, but I didn't have as much in common with our other two roommates (common history and present life stage), and no one seemed to really want to ask questions about me and my life (Although a LOAD of assumptions were made which were at best comical ("You are so naive you don't know when a gay woman is trying to pick up on you." LOL! Hello, former college athlete here, surrounded by gay people since I was 18 years old!)  and at worst frustrating (After another dismissive put down, I just had to walk away down the street, laugh it off, and sing my song, "I am not an idiot." Because I am not!).

This is where I think that I have grown. I am OK with being in a group now and being ignored or not asked questions about myself (George says it happens to us all the time. I guess we are used to it). One time at dinner, one of the girls asked about my sons, and that was nice, but it was a dearth of intimacy in the relationship department all week.  Even though I knew I was alone, I just went with the flow and enjoyed it. That was a good thing. While debriefing with Penny at the airport before we took off, she wished we could have had more time together, and I agreed. It was a lovely give-and-take of conversation! Most of the others people in our larger group were really nice, down-to-earth people that wanted to know about me and what I did. My roommate asked me, but no one else in our group did.  I wished I had spent more time with the larger group (a couple of time we sat at the hotel restaurant talking, and that was lovely). My roommate ended up doing that and was more comfortable with them than our own group. It almost would have been easier for me to go alone in many ways. Trying to get a party of six to gel was hard, especially since I don't live in the same area as the other four, and I don't have the history that the person who invited me to her party had with her roommate. They would be immersed in conversation, and I would try to break in; but while they were polite, I always felt like the third wheel. The best time I have ever had with my friend was at the beach one-on-one almost three years ago. I am more a one-on-one person, and I don't begrudge the dynamics. I was happy for my friend at a distance, and one-on-one, I think I would have enjoyed the other people in our group more, and I did in little one-on-one conversations I had throughout the week. The group dynamic usually brings out the cutting and snippyness in people that I don't understand with women. I could write a book!

I just was glad to have people to talk to at home. I have so many intimate relationships here that I missed them and grew to appreciate them so much more, especially my sweet, chatty George!

I went from hating surfing one day to finally figuring out what I needed to do to get up and wishing I had more time to improve. (The jury is still out as to whether I "loved" it, but contrary to what people told me, I didn't hate it because I am used to "excelling at everything I do."  That is rubbish and told to me by people who don't know me at all.) That is why I want to do it again in Hawaii in February. I will also have George to take pictures of me. If I had one suggestion about Las Olas, it would be that they have a photographer there. I guess they did in the past. I think Connie and Heidi (returning people) were a bit disappointed that this was not offered this year like last year.  I get the drift that many things were different this year (less about empowering of women and more about get up on that board and surf), and the returning three didn't like it as much. I liked it though, even though I wrenched my back on the third day and was in a lot of pain (until my massage).   I am going to try it again in February and August (when I go to California for my 35th reunion). We will see if I take it up or not.

Well, this was WAY more than 10 minutes, but it was good to get my thoughts down!

Email ThisBlogThis!Share to TwitterShare to FacebookShare to Pinterest
Labels: Freewrite

(By the way, BHAG stands for Big Hairy Audacious Goal) 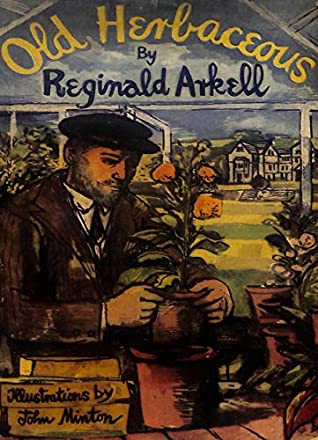